Settle back and get ready to read a sob story with a great ending! 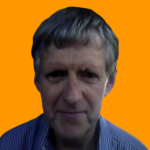 Greetings, I am Robert J.

I didn’t always have this opportunity to be sat here in the pilot house of my motor cruiser writing this article. In the mid 1970’s I had my second job since leaving college. It was working in a marina where I was in the engineering workshop servicing outboard motors. I also went out on the water to service the smaller one and two cylinder inboard engines of pleasure boats and smaller fishing boats. As an apprentice marine engineer I thought I had my dream job already and I was just 18.

But sadly the government of the day (a socialist one) screwed up the economy. Inflation was 15% and rising. We have a sales tax called VAT (Value Added Tax) that is added to the sales of most new things except food, children’s clothing and energy. It was already set at 15% up from 10% at the time the new government came to power. The government had to seek a bailout loan from the IMF. (Already sounding like a Greek Tragedy doesn’t it?). They said “Yes, of course you can have a loan.” (They rarely say no do they?) But the condition was that the government had to raise taxes to help repay it.

VAT went from 15% to 25% overnight on all “luxury” goods and services. This meant just about everything. Well, that hike wiped out leisure services first. Customers who wanted a new £800 outboard motor thought twice about it went asked for £200 on top just for tax. Also, no one likes paying labour charges for repairs and servicing let alone paying an extra 25% on top just for tax.

The marina got rid of the engineering workshop and just kept the boat repair section. This meant my boss and I were redundant.

Life took over and that was my boat life ended! I ended up in a factory making shop display stands out of wire, sheet metal and steel tubing. I was in charge of the cutting department! Yahoo! Just myself and one other worker responsible for providing the rest of the factory with cut materials ready for bending, welding and covering in plastic. Not a bad job but the pay was rubbish.

The only way to try to get higher pay was to find a new employer. This pattern was repeated over the years without getting to the stage of good pay. Mini and maxi recessions happened in the 1980’s and early 1990’s which were used as excuses by employers to keep pay rates low.

Then of course getting married and divorced and children happened along the way as with a lot of people.

There’s no need to bore you with all the details of life over the years since then. We’ll jump to modern times here in the 21st Century. For me the changes began in 2004 with a move from the south west of England to the Highlands of Scotland, a journey of 630 miles.

I am very glad to say that it was completely removed a few weeks later. Ongoing checks indicate that I will not have any further issues!

Here I’ll include a link to a YouTube video I made of my time here in Scotland and the significant change that enabled me to start to see my goal of an internet marketing business. This video in not on general release so only you will see it.

In summary, it was 2010 and I was made redundant by BT from a call centre I had been working at for 3 years. They moved my “desk” to Dundee!

I then learnt how to create websites from scratch using html. Then I discovered Word Press with its templates and cut and paste functionality.

I began in the health niche with promoting natural remedies and life style changes to improve health and well-being. I also promoted what is now referred to as mindfulness as it went well with achieving a better life.

However, I have always struggled getting enough traffic to my websites without having to pay great sums.

Recently though I discovered Pinterest. In fact you may now be reading this article because you responded to one of my promoted pins.

Now my email list is building constantly with motivated people who are trying to take charge of their lives and see better results.

One of my personal challenges is not keeping the focus on the tasks I need to do. I am often like the Distracted Farmer. This story has really good life lessons.

One day early in the morning a farmer left his house to go and plough the top field. On the way to the tractor shed he went past the barn. The door was badly in need of some repair so the farmer started to walk towards his tool shed. On the way he saw that the weeds were getting really high in the driveway. It would only take a minute to spray them with weed killer so he determined to fetch the backpack from the garden shed.

While in the garden on the way to the shed the farmer looked around. He saw that the cabbages were in desperate need of harvest before they rotted. So he thought he should fetch the wheelbarrow to put them in and take them back to the house. It turned out that the wheelbarrow had a flat tyre. No matter, he thought, that can be fixed in a moment or two. So the farmer went to find his tools and puncture repair kit.

Before he knew it, the day was gone and it was time to head home for dinner.

So much needed doing but in the end nothing got done!

So how are you doing with your online business? Are you too struggling to see results because of the many different directions you go in?

Recently I saw a great definition of the word FOCUS – Follow One Course Until Successful.

The first great lesson to learn is that there are only 3 STEPS to follow to have a successful online business. If you have not yet done so click on that link and download your free outline to the 3 Steps. [Please note that the FULL GUIDE mentioned is now FREE].

Once you know these 3 steps you can learn to identify the products and services which help you and those which distract you.

Beware of family and friends

As you work on your online business you may face criticism from family and friends. You are not leaving the house to go to a job. You are not subjecting yourself to incompetent managers. You are not slaving away at some meaningless task. You are not getting a pay check. All you are doing is “messing about on your computer”.

But give your detractors no heed. You know what your aims are. You know what can be achieved. How? You begin to find people who are succeeding with their online businesses and seeing the results in their lives.

Of course you will find the big names in the online marketing world with their fancy cars, big houses and exotic vacations. You may find this to be intimidating considering where you are right now.

But what you need to consider is that the top people did not go from a standing start to riches all at once. Along the way they had milestones marking their progress. Gradually their bank balance saw more money coming in than going out. Then the incomings got bigger and faster. They found out what worked and what didn’t and concentrated on the successful tasks.

Of course at this stage hardly anyone knew they existed. They may still have been “living in the basement of their parent’s house” (A real cliché but sometimes actually true).

The trouble is when you see the top people do you think to yourself “I could never achieve that”? But if you could see someone “in their basement” but starting to see success, would that be motivational to you? If they can do it, you can too.

Hi! This is why I am saying hello to you just now. My “basement” is in fact a motor cruiser. It felt great when I met the broker at the time of inspecting the boat. I knew I was able to say “Great. I’ll take it”. I was able to put a significant 5 figure sum into the seller’s bank account the following week.

Ok the boat is not brand new. But that wasn’t my aim. I wanted a bit of a project as I upgraded the boat from being a weekend cruiser to a live aboard. The boat isn’t the biggest, but it is ideal for my plan. I want a boat that I can take into inland waterways and along canals. This boat is ideal for that. It will also do coastal cruising.

Now the plan is to continue with my online business and replenish the kitty. I have desires for a second, larger boat. Not massively larger. But a few feet longer with more powerful engines. I want this second boat to do bigger coastal journeys as well as cross local seas – The North Sea to Norway or Denmark, and the Irish Sea to The Isle of Man and Ireland. Later I plan to cross the English Channel to France or Spain.

If you watched the video I mentioned earlier you can see what I have in mind. (Here’s the link again for convenience). My challenge will be to juggle having both boats and where to keep each one. Luckily the UK is not very big (powerful enough to have had the world’s greatest empire though. 🙂 ) so I can be anywhere within 24hrs at most.

I invite you now to join with me on our journey together building a profitable online business.

Once again I advise you to learn the 3 Steps that are all you need to achieve success. Then you can judge which products and services help you to achieve those steps and leave the ones that don’t.

Here’s to your ongoing success.

P.S. This article is available for you to download as a pdf HERE